We got up at 6.30am on the morning of Thursday 20th, September and caught the shuttle that we had booked to take us to Newark Airport in New Jersey. We flew to San Francisco, picked up a car and drove north across the Golden Gate Bridge to American Canyon just a short distance from Napa and the towns in the valley. When we got to the Doubletree Hilton we picked up our camera which had arrived safely from Las Vegas. The hotel room was large with a king sized bed - a contrast to the hotel in New York.

We decided to eat at the hotel restaurant and had three side dishes to share. Surprisingly they were plenty for two people and it was just as well that the waitress stopped us from ordering a fourth side dish.

We decided we would drive around the Napa Valley to get our bearings and started off in Napa at the Oxbow Market. It was an interesting market under one roof and consisted of a number of food stores and a place to get the best coffee since leaving Australia. We had breakfast before leaving to follow Route 29 north through Napa, Yountville, Rutherford, St Helena and Calistoga. On the way we stopped at V Sattui Winery for lunch and on the way back we drove south along the Silverado Trail with a short detour to make sure we knew how to find Cade Winery on the Howell Mountain Highway.

We stopped at a place to buy some fabulous strawberries and other fruit before stopping at the Oxbow Market again to buy some provisions to eat when we returned to the hotel.

We went back to the Oxbow market, where the car park was the venue for a farmers market, for coffee and breakfast and headed off to the Cade Winery which we had booked for a tasting tour.

The winery is half way to the top of Howell Mountain and was built approximately four years ago. The architecture was modern minimalist and the view over the valley was absolutely incredible. We sat in a lovely room with eight others and tasted five of their wines before we took a tour into the 'caves'. The caves are man made and cut into the mountain. They were beautifully curved with oak casks stored along the curves in perfect lines. Each oak cask is made of French oak and is used a maximum of two times. Each cask costs $USD1,200 and they had approximately 1,800 in the caves each holding 300 bottles of wine. The more wine we tasted the more we became best friends with the other people at the tasting who were all from San Francisco.

On our way back we stopped at the market again and had a dozen of the smallest oysters I have ever seen at the Hog Island Oyster Company before heading back to the hotel.

We decided to drive back to San Francisco stopping in Sausalito on our way for brunch. We were keen to repeat what we had done many years ago and find a small coffee place where there were communal tables and good coffee. We couldn't find it and stoppoed at a place called the Lighthouse which had a long queue outside so we though it must be good. It didn't take long to get a table and we were a little disappointed in the breakfast and coffee, certainly not what we had remembered. We left the car and walked into the main street past the marina. It wasn't at all what we remembered as a small fishing village and was now full of tourists and touristy shops.

We went back to the car only to find we had a parking ticket ($USD43.00) and we headed off to San Francisco where we thought we would have a look at Fisherman's Wharf. When we got there it was packed and there was nowhere to park so we just went stright onto the airport, dropped off the car and took the flight back to Melbourne via Sydney. 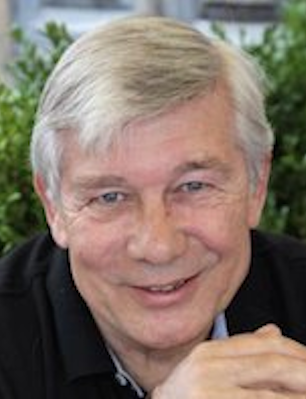