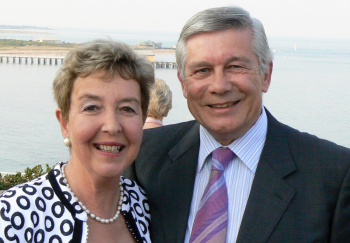 I was born in Woodford Green, Essex, just outside of London and went to Normanhurst School in Chingford until I was 11 years old and then boarded at Brentwood School in Brentwood, Essex before studying physics at Exeter University in Devon.

My name is Martin Fuggle and for the past fifty plus years I have lived in Melbourne with my wife, Jenny, and our four children: Peter, Sam, Tim and Catherine.

My mother and father ran a number of businesses in and around London.  The main one was called Britamer Limited located at 234 Wandsworth Road, London which manufactured radios and radiograms. They were sold primarily in Barkers, Derry & Toms and Pontings, three large department stores in High Street, Kensington.  I remember the radiograms which were substantial items of furniture with a lid that hinged upwards and revealed a radio and turntable for playing 78 rpm records.  We had one at home and my mother always stood a vase of flowers on the lid so that they had to be removed everytime we wanted to play a  record or listen to the radio.  I also recall two radios called the Britamer A51 and A84 which are now recorded on a number of vintage radio sites and in the Radio Museum in London. We also had a ladies shoe shop called Lloyd Goode Limited in Wormwood Street which ran between Liverpool Street Station and the City of London.

In the mid fifties my parents moved from Woodford Green to retire in Ringwood in Hampshire.  They bought a thatched cottage called The Old Kennels which was on the main road to Christchurch and close to the river Avon. Blocks of land on either side of the house were sold by my mother after my father died in 1971 and houses were built on both blocks and I notice that the name has been changed to "The Auld Kennels", a degree of affectation which seems unnecessary, and turned into a B&B.

Britamer Limited had been sold but the shoe shop continued to operate and was managed by my father's friend Lloyd Goode.  A few years after moving to Ringwood my father decided to turn to farming and bought some land at Moortown (between Ringwood and Burley in the New Forest) and started to farm mink.  He started with a small number of mink bought from Scandinavia and built the farm up to about 4,000 breeding stock (1,000 males and 3,000 females).  Each female produced a litter of around three kits once a year and the pelts were sold through the Hudson Bay Fur Company in London.  Unfortunately it all went astray when a supplement to their feed caused the death of a large number of the animals as a result of a bad batch of herring meal being included in a particular batch of the feed supplement.  This led to a lengthy court case which was finally decided in the House of Lords (Ashington Piggeries Limited and Others vs Christopher Hill Limited) in favour of Ashington Piggeries Limited and Others! My father was one of the "others".  The case is frequently cited in cases involving the sale of goods where the buyer relies upon the skill and knowledge of the supplier. This is often the case in the IT Industry which is of particular interest to me.  My father lived to hear the judgement of the House of Lords in February 1971 but died before damages were assessed and awarded.

After I finished at university I lived and worked in London for a couple of years before I was transferred by LEO Computers to Melbourne, Australia for a two year contract with one of their subsidiaries called Australian Computers. I stayed in Australia at the end of the contract period and have lived here ever since with the exception of a couple of years working for the PE Consulting Group in Egham, Surrey in 1970 and 1971.

I have four children and nine grandchildren and have therefore done my bit to make sure that the Fuggle name continues to flourish in Australia. I am now semi retired and have taken a strong interest in real tennis, golf, photography, bridge and the Italian language and culture. In addition I retain a sense of wonder about the speed with which information technology progresses and a degree of disappointment that so many people find it so intimidating.  I can understand why this is so and my wife has expressed the view that she wishes to exit this world without ever having to confront a computer.  I take this as a personal failing on my part since I know that she would find a whole new world if she were able to research her interests using the facilities that the web provides.  Hopefully I can change her mind.

I must now get on with the task of continuing to lower my real tennis and golf handicaps to a level that I would be happy to record here! 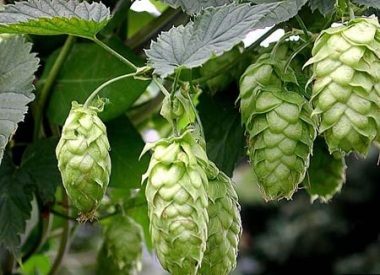 A search of the web using the search term 'fuggle' will bring up a long list of breweries and beers. The primary reason for this is that many of them use a variety of hops called 'the fuggles'. 'The Fuggles' are one of the two major English hop varieties used in the production of beer. If you are interested to know more about 'the fuggles' click on the image to find out more about Fuggle hops.